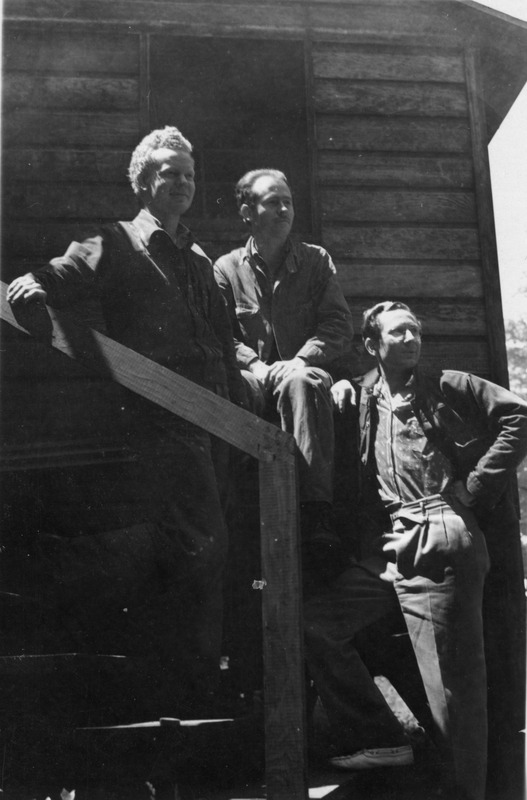 The World War II Civilian Public Service collections at Lewis & Clark began with its collection of books by and about William Stafford. Stafford (1914-1993) was a longtime faculty member at Lewis & Clark in addition to be a nationally recognized poet, whose life and writings were shaped by his experience as a conscientious objector and member of the Civilian Public Service system. After crafting exhibits and programming that focused on Stafford's experience as a C.O., Special Collections staff began making contact with other CPS members, particularly ones who had connections to the camps in the Pacific Northwest.

In 2005, Kermit Sheets contributed his large collection of materials from the war. This collection included correspondence, writings, artwork, photographs, and publications. Sheets was the co-editor of The Illiterati magazine and an active participant in the Fine Arts program at the Waldport, Oregon camp, and he kept meticulous records.

Other associates of Sheets contributed to the growing collection. Some highlights include the paintings and publications donated by Kemper Nomland, wartime correspondence donated by Don Baker, photographs of the camps from Henry Blocher and Bruce Reeves, and a number of oral history interviews donated by scholars Tracy Faulconer, Katy Barber, and Eliza Canty-Jones.