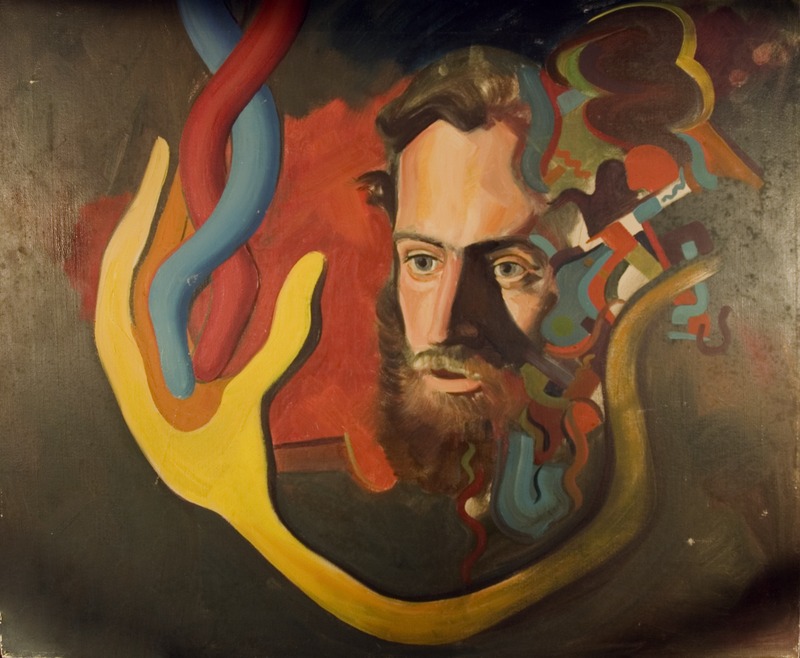 Glen Coffield (1917-1981) was a poet, teacher, and World War II conscientious objector, born in Prescott, Arizona (June 15, 1917). Coffield attended Central Missouri State Teachers College, where he played basketball and pursued his interest in writing as president of the English Club and editor of the literary review. After being given conscientious objector status, Coffield spent much of the World War II at the Waldport, Oregon Civilian Public Service Camp where he was activities coordinator and editor of the camp's underground newsletter, "The Untide." After the war Coffield did some acting in San Francisco, and from 1947-1954 ran the Grundtvig Folk School near Eagle Creek, Oregon. As a part of his Grundtvig Folk School experiment, Coffield published numerous mimeographed serials and books of poetry including: The Bridge, the Creative Advertiser, Creative Review, Creativity Newsletter, Golden Gate, Grundtvig Review, and Western Bookman. In the 1960s Coffield moved back to San Francisco, where he was severely injured in a hit and run accident. Coffield spent the rest of his life in Missouri. Throughout his life, particularly during the period in Oregon and San Francisco, Coffield published his own writings, as well as a series of small literary journals. Throughout his life, Coffield remained close with fellow C.O.'s, Kemper Nomland and William Stafford.

The Special Collections has an archival collection of Coffield materials. The finding aid can be viewed at: http://nwda.orbiscascade.org/ark:/80444/xv29583.

Coffield's books are cataloged in the Watzek online catalog and housed with the College's rare books.