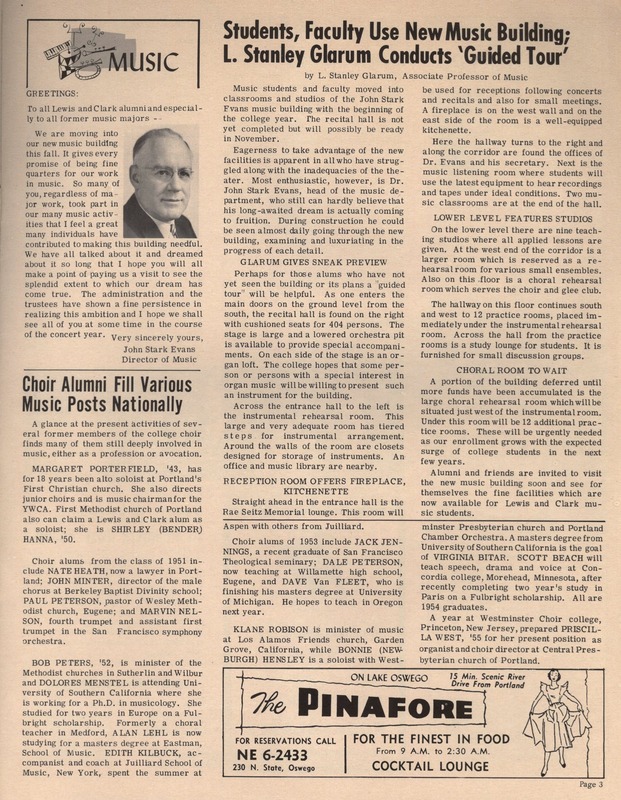 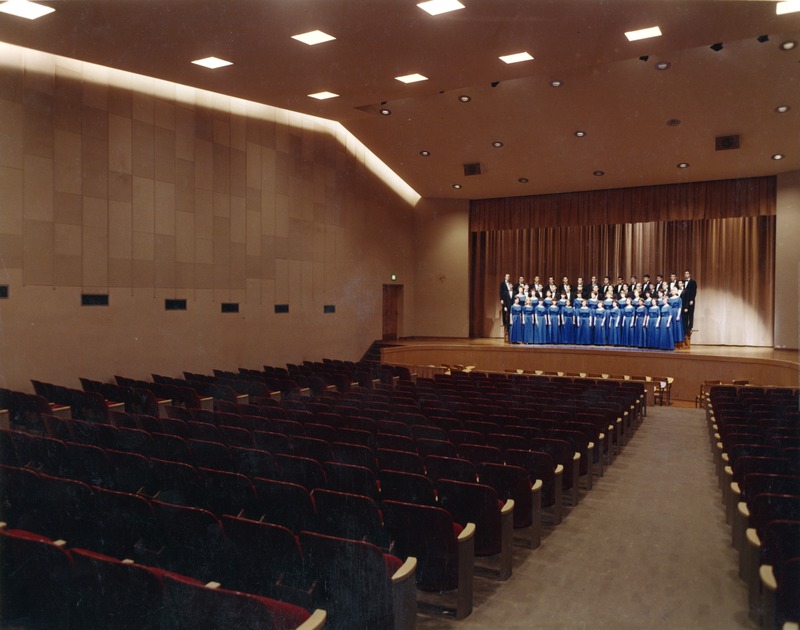 Opened in 1954, Glarum played a key role in the construction of the Evans Music Center, a new facility during his time that facilitated the growth and development of the music department. It offered many novel features that were highlighted in a “Guided Tour” written by Glarum. The department also hosted a dedication concert to honor John Stark Evans and to commemorate the opening of the new building.