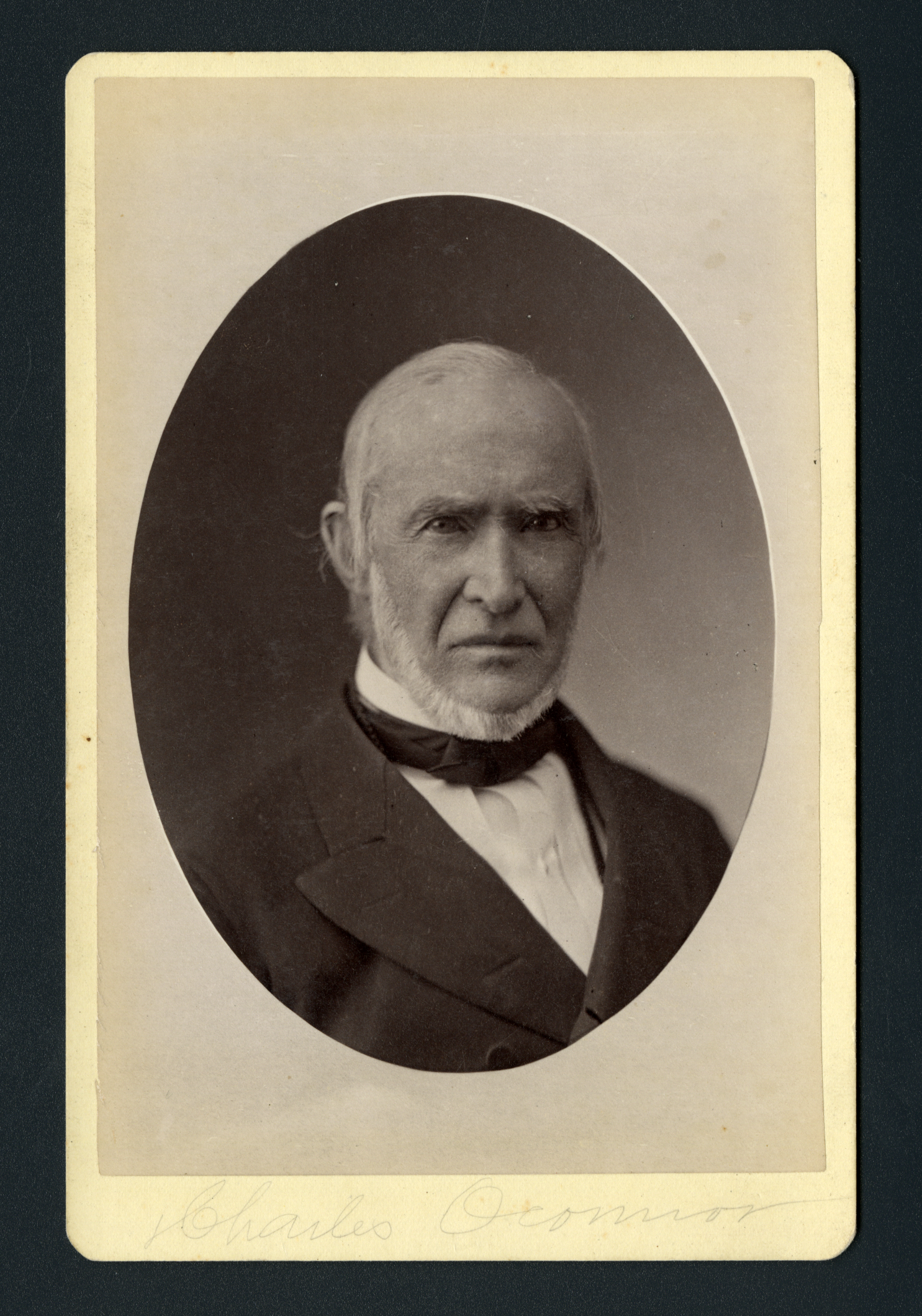 Charles O'Conor was an American lawyer who appeared as a candidate in the 1872 U.S. presidential election. O'Conor was born in New York City.
At the age of 16, Charles O'Conor began to study law, and in 1824, before he had attained the statutory age of 21, he was admitted to the bar. He brought the Forrest divorce case to a successful issue for his client, Mrs. Forrest. Contending against John Van Buren and other eminent counsel, he secured her a liberal alimony. This case brought him more than ever into national reputation. Others of his celebrated private cases were the Slave Jack case in 1835, the Lispenard will case in 1843, the Lemmon slave case in 1856, the Parrish will case in 1862, and the Jumel suit in 1871, involving the title to $6,000,000 in real estate. In 1869 he was elected president of the New York Law Institute. In 1848 he became a member of the Directory of the Friends of Ireland, a society that was organized in anticipation of a rising in Ireland, and he presided at some of the meetings in the same year. In this year he was also a candidate on the Democratic ticket for Lieutenant Governor of New York, but was defeated. In 1852, he was a presidential elector on the Democratic ticket, voting for Franklin Pierce. He was United States Attorney for the Southern District of New York from 1853 to 1854. In politics he supported the States' rights Democrat and sympathized throughout the American Civil War with the southern states. After the war he became senior counsel for Jefferson Davis on his indictment for treason. He also appeared upon Davis's bond when the latter was admitted to bail. These facts and O'Conor's connection with the Roman Catholic Church affected unfavourably his political fortunes. In the U.S. presidential election, 1872, O'Conor was nominated for the presidency by the "Bourbon Democrats" or "Straight-Out Democrats", who refused to support Horace Greeley, and by the "Labor Reformers". He declined the nomination but received 21,559 votes.The election was won by incumbent President Ulysses S. Grant of the Republican Party. He erected a house at Nantucket, Massachusetts, in 1881, with a fire-proof library adjoining it, and lived there until his death in 1884.