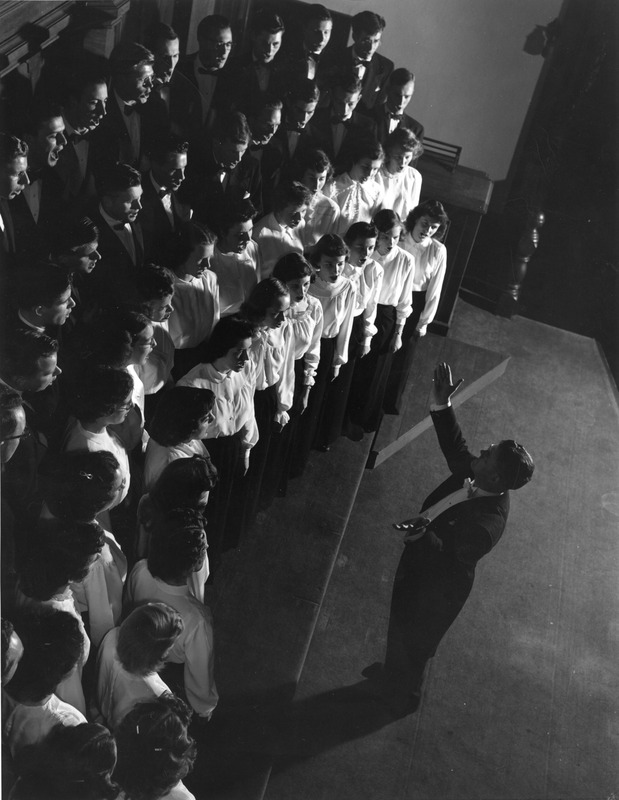 At Lewis & Clark, Glarum built a formidable choral program on the model of Christiansen’s program at St. Olaf. Beginning in his second year at the school, Glarum began touring the choir around the west coast, and later around the country. The choir toured to cities and states including Salt Lake City; Hawaii; Vancouver, B.C.; Denver; St. Louis; and Chicago under his direction, in addition to many tours around Oregon, Washington, and California.  He became the chair of the music department in 1959, and the Lewis & Clark Choir served as the official broadcasting choir for the Presbyterian Church in the USA for the year of 1962. In this and other capacities, the choir appeared on numerous national radio and television broadcasts. The choir also released four highly professional LPs during Glarum's tenure.

Under Glarum, the choir’s signature piece was Christiansen’s Beautiful Saviour, though they often performed Glarum’s own compositions. His works were performed nationally and internationally, by choirs including the Mormon Tabernacle Choir (which performed an all-Glarum concert) and the Mormon Youth Concert Choir, a group of 4,000 young singers. In 1968, Glarum was awarded an honorary doctorate by Whitworth College. As a conductor, he also performed and led workshops around the United States, and in 1969 he organized and developed an annual conducting workshop in Cannon Beach, OR, which by 1972 was already attended by over 500 music educators. It was Cannon Beach, in fact, where Glarum spent his summers composing, and where he eventually retired to in 1975 and spent the final years of his life until he died on December 24, 1976.