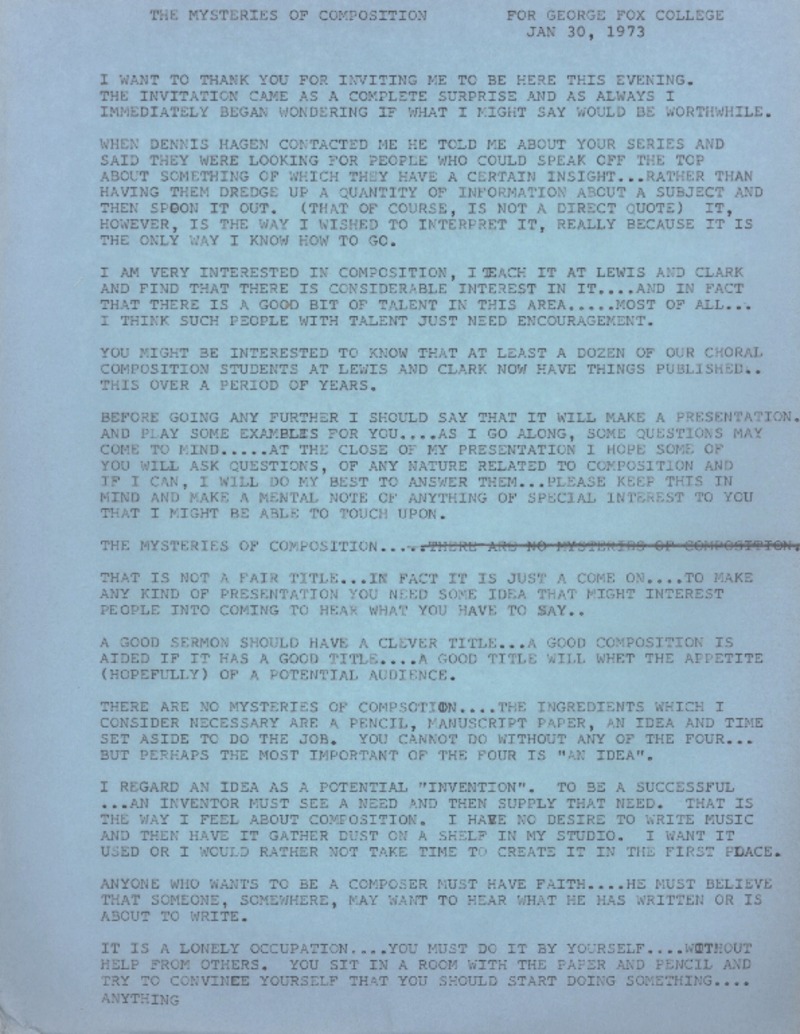 The typed text of Glarum's lecture, "The Mysteries of Composition," 1973. 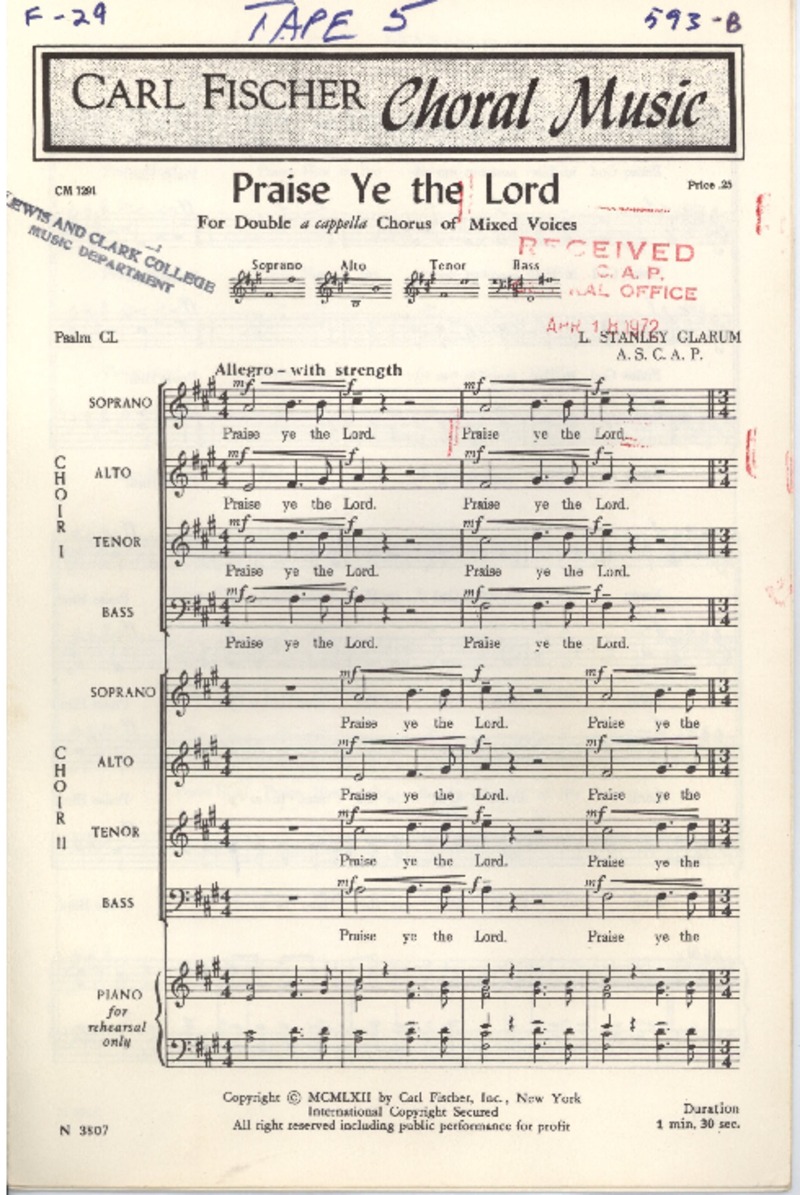 In addition to his work as a conductor and teacher, L. Stanley Glarum was an avid composer whose output was fundamentally shaped by his belief that music, especially singing, should be accessible to all. Perhaps the singular hallmark of his choral works is their singability; Glarum took particular care in writing for the comfortable ranges of each voice part with easily accessible texts and elegant harmonic structures. In his own words, “singing is such a natural act and I want to make it possible for the greatest number of people to enjoy the choral art”.

The same straight-forwardness that is prominent in his musical writing was also prominent in his compositional process. In a lecture entitled “The Mysteries of Composition” that he gave at George Fox University in January 1973, Glarum crystallizes his philosophy by declaring that:

"There are no mysteries of composition... the ingredients which I consider necessary are a pencil, manuscript paper, an idea and time set aside to do the job. You cannot do without any of the four... but perhaps the most important of the four is 'an idea'."

Glarum also emphasized the importance of text over music, clarifying that the music is merely “a vehicle to support the text” and to transmit the meaning of a work from singer to listener. His often homophonic writing style, in which the whole choir sings the text in the same rhythm together, exemplifies the importance of the lyric content of his works. Often derived from psalms or other religious texts, Glarum focused on choosing words that were both singable and meaningful to a large audience.

“Praise Ye The Lord” for double choir showcases Glarum’s philosophy of composition with its singability and clean yet interesting harmonies.  The accompanying recording is of the Lewis & Clark College Choir under Glarum’s direction.