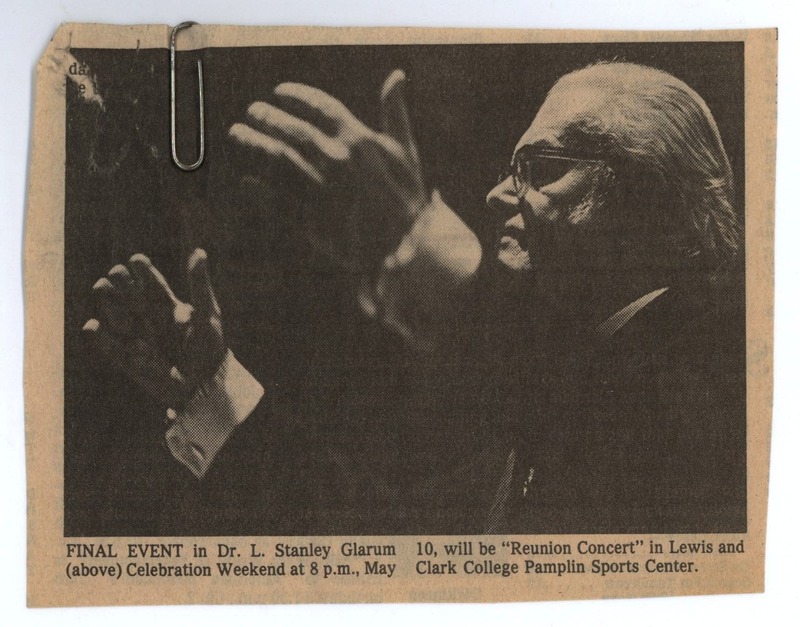 L. Stanley Glarum, a prodigious choral composer and conductor who published over 200 compositions in his lifetime, was a man firmly rooted in his Northwestern heritage. Born in Portland on April 19, 1908, Glarum had his start in choral music immediately following his graduation from high school in 1926, when he became the accompanist and arranger for the Portland Advertising Club Gleemen. In this group, he learned to arrange for the male chorus and for male quartet. During the next ten years, he also studied jazz and classical piano, organ, theory, and composition privately. He left Portland after that period for St. Olaf College in Northfield, MN, where he studied composition with F. Melius Christiansen, the famous Norwegian-born conductor and composer of a cappella and predominantly sacred music in the Lutheran tradition. It was in this time with Christiansen that Glarum began to develop his compositional style; the influence of Christiansen’s style would indeed be present in Glarum’s music for his entire career.